Skip to content
Login Join
Manage videos New video
Back To Menu
Inspiration
Vimeo Video School
Video for Business
Product News
Vimeo HQ
Copied!
Since the dawn of the silver screen, special effects have elevated some of the most recognizable films in history. While there are a number of visual effects categories, today we are going to focus solely on practical. These are any visual trick that occurs on-camera. Think of them as the analog predecessor to computer-generated imagery (also known as CGI). Practical effects are behind some of the most iconic films ever made. George Lucas and Steven Spielberg have used them to bring space battles, dinosaurs, and gigantic sharks to life. Wes Anderson relies on them to enhance those “dollhouse” worlds for which he’s known. They even hold up in a commercial capacity: in our Vimeo Can Help campaign, for example, we used them to create surreal-but-relatable brand videos. Beyond their artistic recognition, practical effects can be a budget and time-saving solution for any video. Below are five iconic examples that, with a little planning and finesse, can seriously elevate your next creative or commercial project. 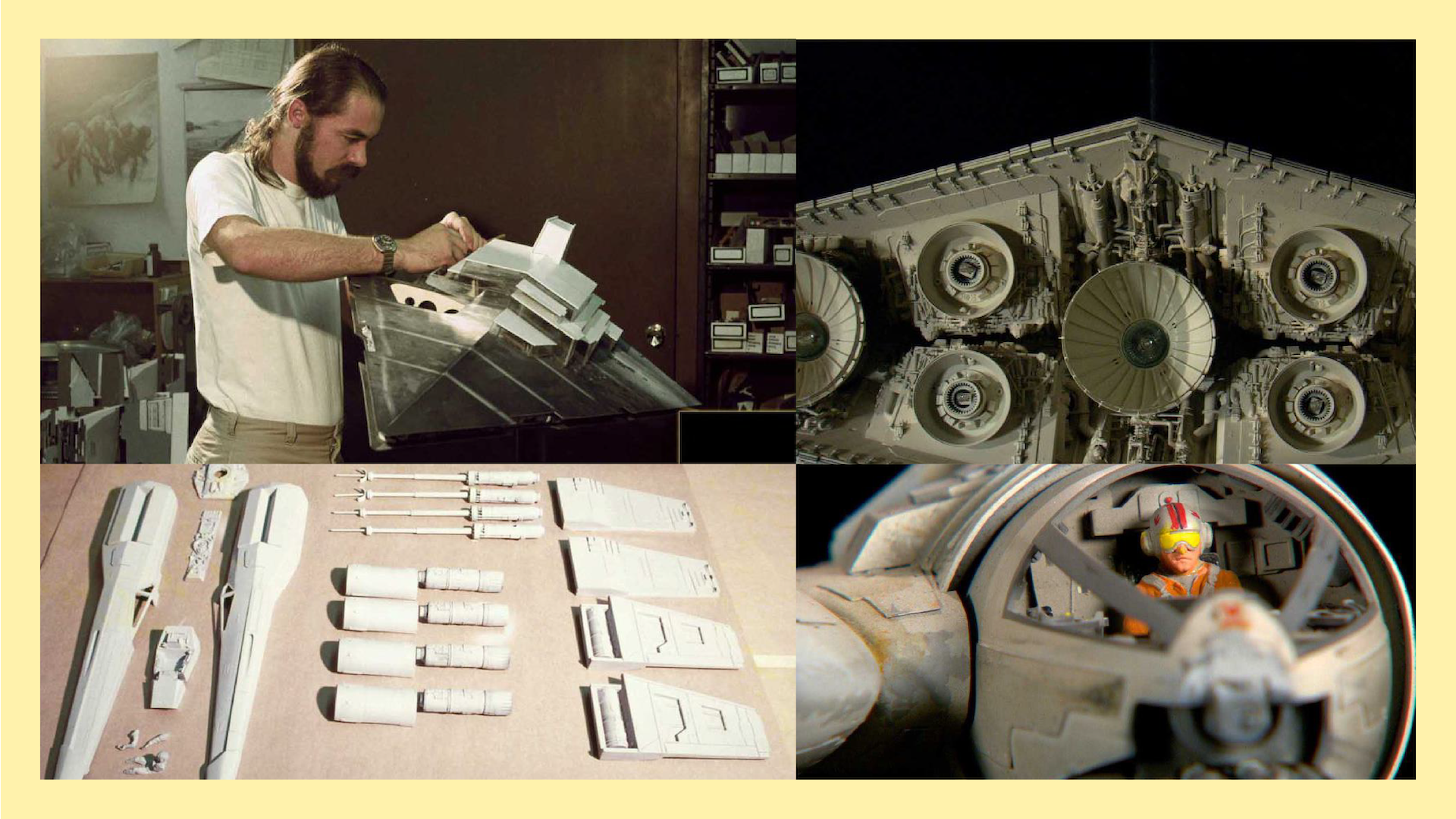 In the original Star Wars trilogy, George Lucas meticulously crafted miniature models of all the spaceships. Most of the action scenes in space were staged with miniatures that he shot at a scale to make everything feel large. Then, they used stop motion in post-production to help these scenes feel even more life-size. To try it yourself: Construct a miniature set with small toys or objects that create a realistic looking scene. Shoot on a longer lens than normal to create depth, and make sure your framing makes the objects appear larger (or “life-size”). The key is to make sure the scale of everything matches so that when put it into a frame, the context of those small objects goes away and everything feels real.

This technique made the hobbits in the Lord of the Rings trilogy appear very small. By setting the hobbits farther away from the camera than the other wizards and such, Peter Jackson created the illusion that the hobbits were little without using any digital effects. To try it yourself: Set your actors or objects closer or farther from the camera, depending on what size you want to make them. If you want to make someone look smaller, have them stand farther from the other actors or objects you’re using for scale. Once you’re rolling, make sure the actors are looking in a direction that makes sense, and reacting appropriately, so your scene doesn’t feel clunky or off-tempo.

In The Wizard of Oz’s notorious twister scene, the crew painted the studio floor to look like the sky. They then dropped a miniature house from the ceiling to create the appearance of a house being lifted up into the air. To try it yourself: The idea here is to do something difficult the easier way (forward or backward) and then reverse the footage in the editing room to create the situation. Back to the Future Part II used “invisible” wires to fly the Delorean out of the sky. In order to transition seamlessly from the car driving on the road to flying, they spliced the two different takes together and then used a light pole in the foreground to hide the cut. Try it yourself: Fishing line can be used on set in so many ways. Whether you need to make something appear as if it’s floating or flying away, fishing line is your friend. In video, wires of any kind are rarely noticeable to the naked eye. But, make sure you’re using lighting and your background in a way that masks the string. And if all else fails: rotoscope it out in post-production. 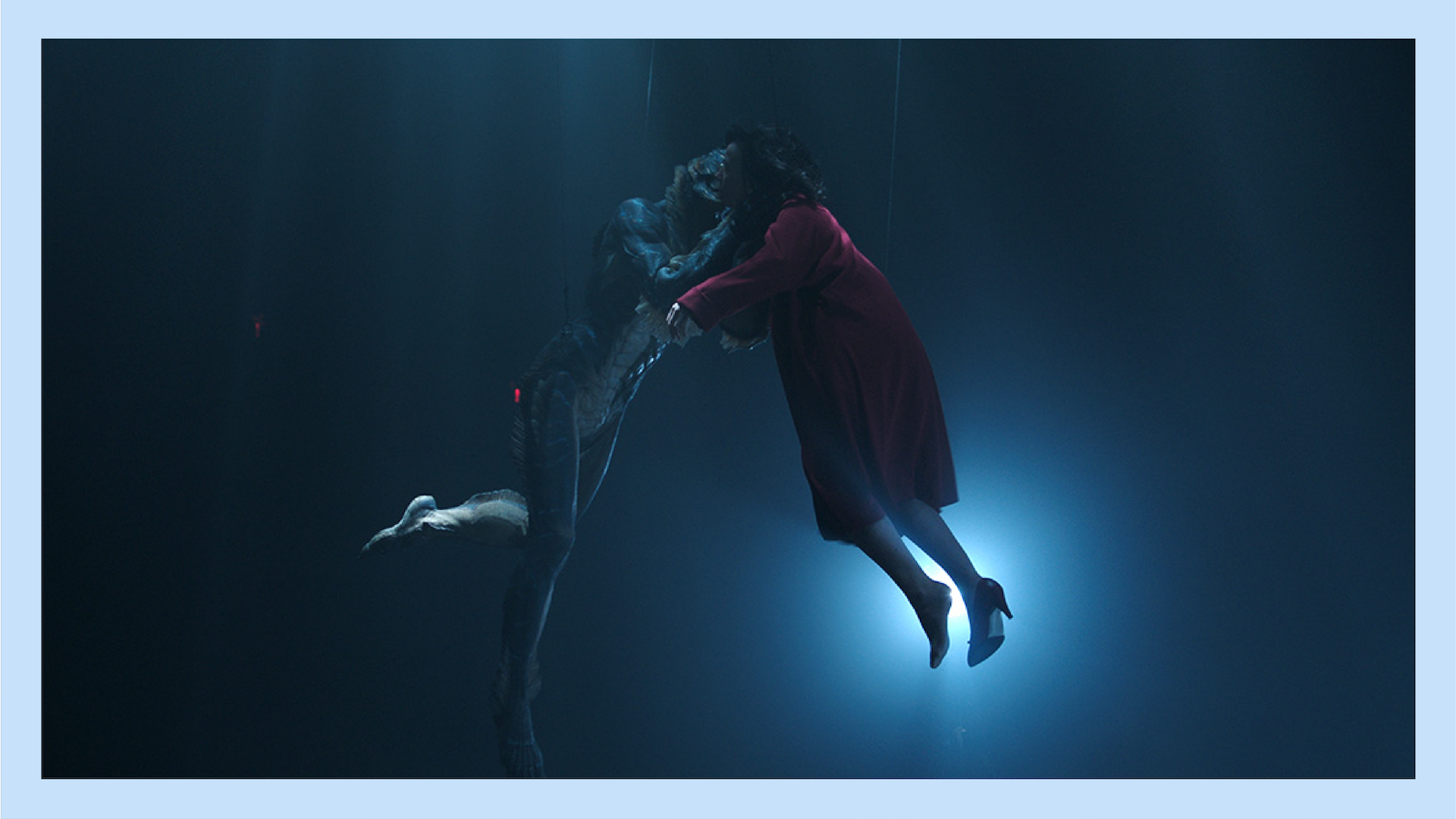 Recent OscarⓇ-winner, The Shape of Water, used this technique to achieve a realistic-looking flooded apartment. Instead of relying heavily on green screen, Guillermo Del Toro wanted to build a set, allowing his actors to truly immerse themselves in character. Try it yourself: This technique is a little more labor-intensive than the rest, but if you approach it correctly, you can achieve shots that are otherwise impossible. Create an “underwater” world by using fans to blow an actors’ hair while filming the scene in slow motion to attain the look of hair floating in water. To really sell the effect, place a patterned glass or glass of water between the camera and the frame. Use reflective surfaces to bounce light onto your subject, bringing even more underwater realism to your scene. Behind-the-scenes imagery sourced from Art of VFX, imgur, YouTube, and Twitter.