When it comes to highlighting the power of your products online, showing them in action is crucial. But for the tight-knit team at Angela Caglia Skincare, the path towards making high-quality video wasn’t always clear.

“We’re a very small brand of under ten people,” explains Angela Caglia, CEO and founder of Angela Caglia Skincare. “I really wanted to get my brand known and out there, but I didn’t have the resources to create videos — at least the caliber that I wanted to make.”

“That is, until Vimeo Create came along,” she says. Not only has Vimeo Create helped Angela and her team exponentially scale their video production, but a recent run of Vimeo Create video ads delivered a revenue boost of nearly 80% and a 50% increase in online store conversion rates. Here’s how they did it.

“Vimeo Create helps us save both time and money, the two most precious resources for any business.”
Angela Caglia, CEO and founder of Angela Caglia Skincare

The ACS team knows that video is one of the most crucial elements of a brand’s marketing toolkit. But with all the day-to-day obligations of running a brand with a small and scrappy team, scaling video content wasn’t an option.

“Previously, we made one video every few months,” says Angela. They needed a way to increase video production in a way that was sustainable for a small team with limited bandwidth.

In just two weeks, Angela and her team saw a 79% increase in revenue, a 50% increase in online store conversion rates, and an average order value increase of 30%.

“With Vimeo Create, we were able to produce three videos within the first week,” says Angela. Using Vimeo Create’s powerful templates and intuitive editing interface, the team was able to create a series of videos to promote their brand on Facebook and Instagram in no time.

“Create democratizes professional-level video content production,” says Angela. “Having the option now through Vimeo to create high-quality videos on our own is a game-changer.”

It wasn’t just the time save that got Angela and her team excited — after running their video ads for just two weeks, they saw some major ROI, too. Compared with the two-week period prior to running the ads, Angela saw a 79% increase in revenue, a 50% increase in online store conversion rates, and an average order value increase of 30%.

“A video ad that would have previously taken weeks of planning, writing, scheduling, and editing can now be accomplished in a matter of hours,” says Angela. “Vimeo Create helps us save both time and money, the two most precious resources for any business.”

A quick and easy video-maker for high-impact social videos 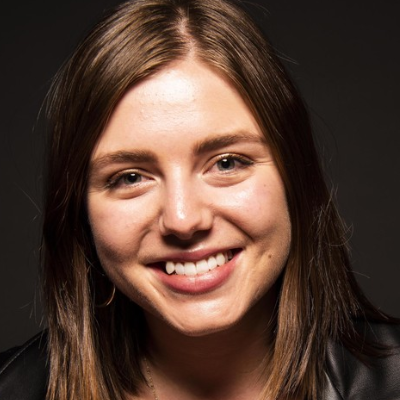 Up next in Case Studies

How Stellantis is powering limitless learning with video

KonMari's guide to creating an online course that sparks joy

How an international coffee brand trains worldwide with video

“Having a platform like Vimeo that can house the single source of truth ... has saved us so many times," says Eric Pokorny, Starbucks' Media Content Manager.