CONTENT WARNING: The following video contains material that may be harmful or traumatizing to some audiences.

Based on a 911 call that made national news in 2013, this week’s Staff Pick Premiere is “Dekalb Elementary,” a gripping Oscar-nominated short by Reed Van Dyck.

A film that’s shot within a single room doesn’t get much better than this. In the space of 20 minutes, Van Dyck puts forth an impressive feat in environment and pacing. Tension is built around a feeling of confinement, along with a clear and perplexing understanding of a dubious threat. “I wanted to play with what we don’t see,” says Van Dyck.  “Whether that’s obstructing an actor’s face or leaving the chaos of children running [and] screaming off-screen, heard but not seen. My feeling was you, the viewer, would create more interesting pictures in your own mind than any I could show you.” This play on space ultimately makes each minute more arresting than the previous.

Given the astounding performances from leads Tarra Riggs and Bo Mitchell, it’s no surprise Van Dyck said he wouldn’t do the film without the right actors. A true testament to the cast, crew, and attention paid to the craft of narrative filmmaking, “Dekalb Elementary” feels like a non-fiction report of a gravely real event.

We caught up with the director Reed Van Dyck to talk inspiration, challenges, and control throughout the film.

What was your inspiration for creating this film?

“‘DeKalb’ is based on a 911 call that made national news back in 2013. In the call, we overhear Antoinette Tuff talking to a young man, Michael Hill, who walks into her Atlanta elementary school with an AK-47 and five hundred rounds. I hadn’t heard about the call when it first made news, but I found it years later during research for another project I was working on about a mass shooting. I remember sitting on my couch in Los Angeles riveted and emotional as I listened to the fourteen-minute recording unfold. For weeks I couldn’t get their voices out of my head. Her strength and compassion, his confusion and regret. It touched me in a deep place, and so I began to wonder if I could bring their encounter to life on film.”

Did you face any challenges when making this film?

“The film is essentially a two-hander. So one of the primary challenges was finding the right actors to play the roles. I even decided I wouldn’t make the film without the right cast. It was a months-long process of scouring IMDb, looking at cast lists for indie films, TV shows, etc. Anytime I saw someone who looked right for one of the two leads, I’d add their name to a list. Once that list had grown to 30 or 40 people, I’d start going through all the actors on it and watching their previous work (TV appearances, films, etc) and narrowing it down.

Then I’d start the whole process over again. That’s how I found Tarra Riggs and Bo Mitchell who play the leads. I actually hand-picked every other actor in the film, even the supporting roles, using this same process. My feeling was that a single false performance note from anyone would pull us out of the reality of the situation and so I needed the best actors I could find for every role.”

It’s tough to strike such a compelling tone with subject matter as serious as this. What worked for you in crafting such a tense environment?

“My north star in making the film was always the 911 call. So when I started to think about how to realize the film, visually and aurally, I decided less was more. I had such a strong response to the call, which was more or less a radio play — just these two voices. And so with the film, I wanted to play with what we don’t see… whether that’s obstructing an actor’s face or leaving the chaos of children running [and] screaming off-screen, heard but not seen.

My feeling was you, the viewer, would create more interesting pictures in your own mind than any I could show you. And by giving less information, narratively and visually, perhaps the viewer would engage even more actively with the film, bringing more of themselves to the experience. That was the goal at least.”

This film has exceptional control, which makes it feel like it was shot in a day. What did the production timeline end up looking like?

“The script was twenty pages long and so we shot five days. I tried to keep my daily page count as low as possible for the very reason you mention. The more time my team and I had in production, the more intentional and thoughtful I/we could be with respect to shot design, blocking, performance, costume and production design. So for me, more time equals more control. That includes a long pre-production process.”

What is your best piece of advice to aspiring filmmakers?

“This isn’t so much advice, but I grew up in a small town in New Jersey called Mahwah. The land I grew up on is unceded Lunaape Tribal land. I have researched the Lunaape extensively for a film I’m making and one of the things that struck me, moved me, was their relationship to stories. Storytelling was thought to be a powerful medicine for the community. The Storyteller was an important figure who traveled from clan to clan within the tribe and told stories that taught people how to live. Stories were part of how these communities and their individuals continued to evolve and wake.

Personally, this is why I go to the movies. And in strange times like ours, I crave films and filmmakers willing to speak honestly and deeply about themselves and our world. I crave stories that will help me continue to wake. And so my (selfish) hope or wish for aspiring filmmakers is that they set about this work — this path — exploring themselves and this world and sharing what they find.”

What’s next? Any upcoming projects?

“I’m in the process of putting two feature projects together right now. One is an original script of mine. My producers and I are out to actors on that. The other is based on a New Yorker piece and we’re in the final stages of securing rights/releases, etc.” 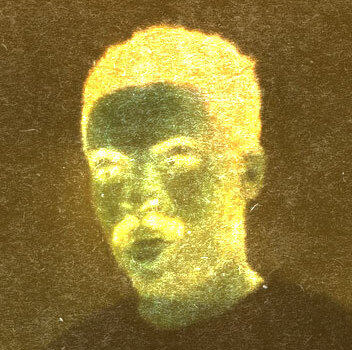 From the best new Staff Picks to magnificent marketing work, Video Matters is a monthly selection of Vimeo must-sees.