Where were you when an act of police brutality took many U.S. cities over the edge? Staff-picked filmmaker Julian Marshall was on the streets of New York capturing the civil unrest that erupted almost overnight following the tragic death of George Floyd at the hands of Minnesota police.

Julian has built a career developing feature films and directing commercials for the likes of BMW and Apple. But he’s never shied away from political and social activism in his films. His early standout “Not My President” exhibited a clearly distraught New York City in the wake of the election of Donald Trump. Most recently, his Staff-picked short film “WE ARE GEORGE FLOYD” revisits the chaotic streets of New York, where the topic of America’s racial disparity sits clearly in the minds of protesters.

Julian’s film sits at the intersection of art and activism. Between the vivid displays of shattered storefronts and the commanding voice of Killer Mike, his message is incredibly clear. We had a chance to (virtually!) sit down with Julian to learn more about his filmmaking process, hear how he uses Vimeo, and find out how he brought this message to the screen.

Tell us about the planning that went into capturing this film.

“It’s funny, I spent a couple of years where I didn’t really have a camera because I was directing so much. I was just constantly working with DP friends. It must’ve been a little over a year and a half ago that the Blackmagic Pocket 4k came out. That was a camera that I thought had the color science and a couple of things that I really appreciated for me to finally want to buy a new camera. That helped me get back to being able to go out and shoot stuff on my own when I wanted to.

In this case, I woke up on the 30th of May. I heard the words of Killer Mike and Cornell West and knew I immediately had to do something. I knew very specifically that I wanted to make a piece that motivated people to take all the energy that we’re feeling from the outrage of George Floyd’s death and put it in something actionable that would actually solve the problem.”

Why was releasing this film on Vimeo important to you?

“Early on, one of the things that really set Vimeo apart was the compression algorithm, that I put up my work there and it looked the way that I intended for it to look. And then second to that, the community. All these years later, I’ve met so many of my best friends through Vimeo and through the Vimeo community. It’s really increased my access to opportunity. Being Staff Picked was one of the big things that launched my career into commercial directing, based on the people who saw that film on Vimeo.

In terms of ‘WE ARE GEORGE FLOYD,’ it was about getting it out to the Vimeo community and getting it to the right eyes and the people who I knew would help get this message out.”

How do you think filmmakers can use this medium as a tool for activism?

“The first thing about filmmaking is that you have such asymmetrical power with it. You can go out and make a film, and hundreds of thousands or millions of people can see it. In a moment like right now, that’s so incredibly pivotal. You can really help get to the bottom of what the truth is. That can help mobilize people to go out and fix injustices.

I think it’s really important to know what you want to say. Rather than just to go out and document, having a goal or a mission in mind before you go out will inform how you make it.”

Are you still going out there and capturing footage?

“My goal is to continue putting out content leading up to the election that will really help to motivate people. I’m working on two other projects at the moment. In this case, this one was very reactionary. Something happened, the world around me changed, and I went out and did something about it. I’ve got two things I’m working on right now that have a little bit more of a gestation period to them. There are a lot of topics that are really important to me that I want to take on.”

“Organizations like Vimeo are going to increase the visibility of a lot of these messages. I think one of the most important things is making content that empowers people and empowers people to share it. And that’s how things naturally spread and go viral. It just comes down to telling stories that resonate with people. And then having some of the outlets that will help amplify that, like Vimeo.” 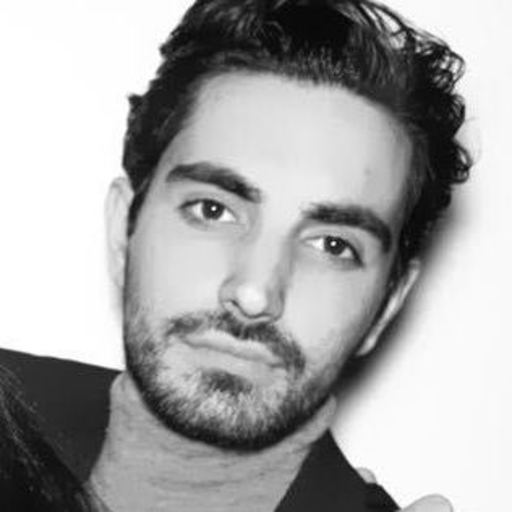 Arash is a Vimeo account manager and Co-chair of Vimeans of Color.

Meryam Joobeur is making some of the most powerful short films in the industry right now. We caught up with her to hear more about her filmmaking process.