Today’s Staff Pick Premiere, “Caterpillarplasty,” from David Barlow-Kreleina, is a disturbing probe into what perfection might look like in a dystopian future — one where disfigured humans are always one procedure away from nirvana.

With exquisite CG animation, the film explores how far people will go to achieve symmetrical features, glowing skin, and approval from their peers. And while “Caterpillarplasty” is visually mind-blowing, it’s the short’s biting message that will burrow into your brain and stay with you long after you watch.

So how did filmmaker David Barlow-Krelina build this shiny hellscape, and why? We got in touch to find out. 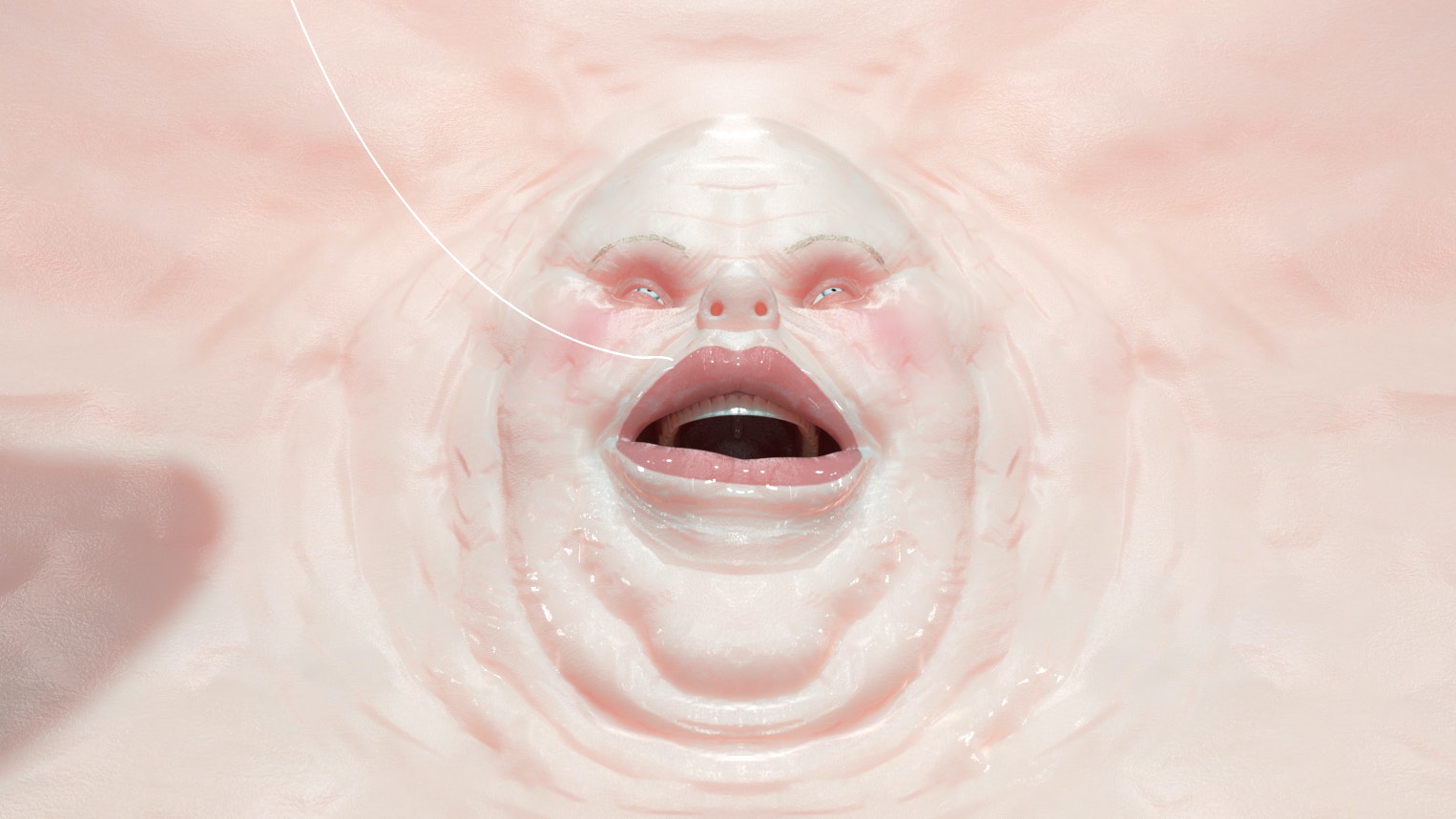 On the inspiration for the film:

“I went through a phase where I was drawing a lot of caricatures and messing with the proportions of faces. I like designing characters that make people laugh, and I wanted to make a film that had human faces and bodies at its core. Around that time, I was super excited about 3D stuff. I had never made a full 3D film before, and I wanted to see what my drawings would look like in 3D. I had also been listening to a lot of Terence McKenna during that period. His stuff is amazing fuel for creativity. I couldn’t stop thinking about the idea of humans metamorphosing into a fourth-dimensional kind of creature, with our destiny being to live in the imagination.”

On the animation process:

“I started with a script, then moved on to visual references, storyboards, and an edit. Once I got a feel for what the scenes would be and who the characters were, I started building things in 3D with help from a few 3D artists. We built each room in Maya, previz style, with simple cubes and shapes; then we could put down cameras to figure out angles and how the story would move through the space. After that, we did a first pass on the rigs/puppets to pose in each scene.”

“Rendering took a long time, outputting on five or so graphics cards ranging from GTX 1060 to 1080 Ti. It took about six months of babysitting all the computers as they were chugging away and doing adjustments in comp. I used Nuke for the final pass of adjustments. From script to storyboard, animatic to 3D previz, 3D renders to comped shots, it took about three years to arrive at the final film.” 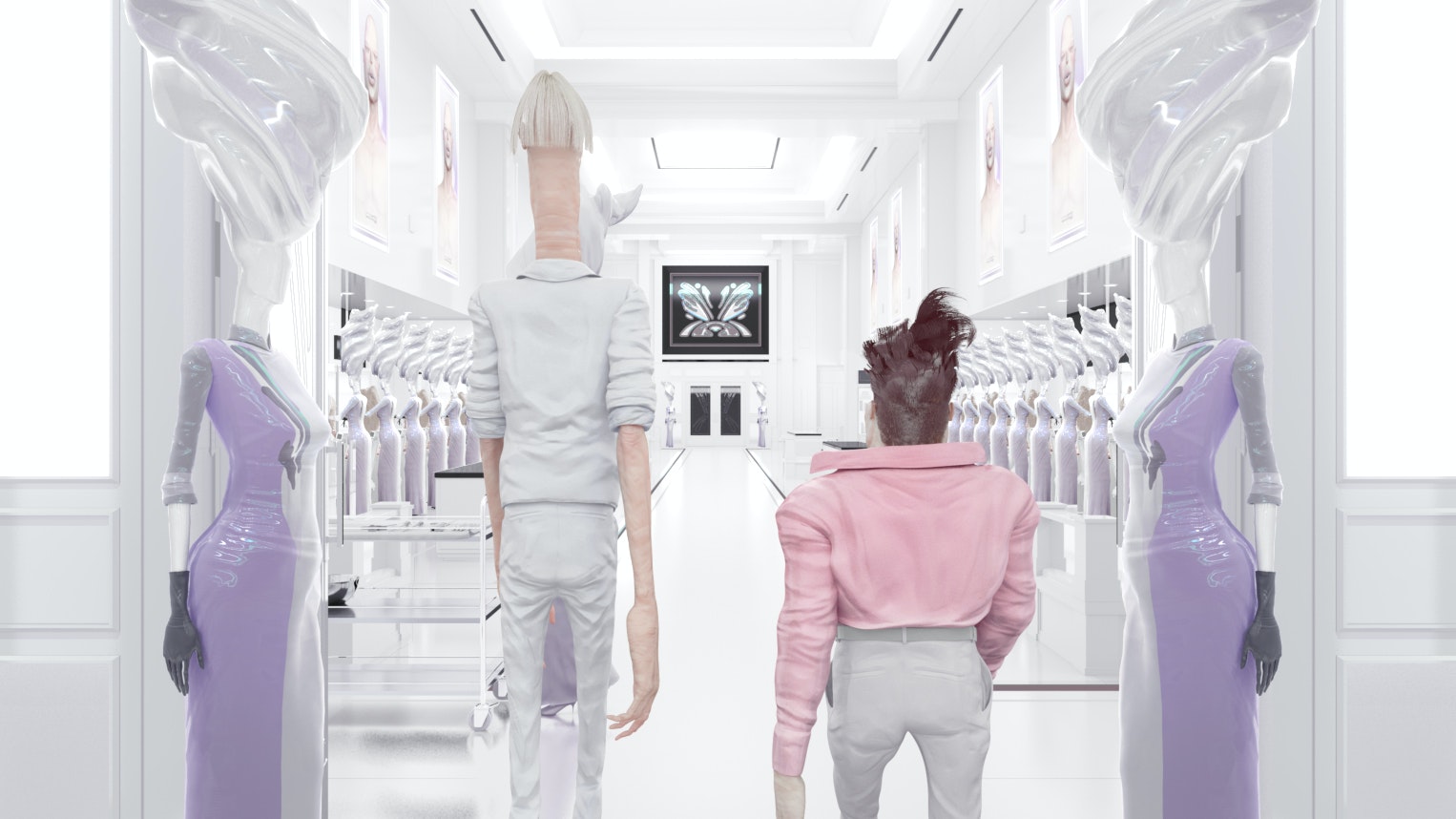 On the film’s over-the-top aesthetic:

“There was something really off-putting about the super sleek CG renders I was seeing on Vimeo and Instagram — they looked like smooth, shiny plastic with no imperfections; like things made of candy. I thought it would be cool to make characters that combined that plastic look with something organic. Skin folds, wrinkles, that kind of thing. I used a lot of real-life people as references, and did a lot of Google image searches for people with extreme plastic surgery.

In terms of process, I would do a bunch of drawings one day and feel satisfied. Then I’d come back the next day and think, ‘Let’s go a bit further!’ So I’d trace over my drawings and push the extremes, making things bigger, longer, plumper, juicier. My goal was to see how far I could push the designs without breaking them.”

On the challenges of making “Caterpillarplasty”:

“I pitched this project to the National Film Board of Canada, and when I heard they were interested, I was super excited. I didn’t know how many other chances I would get to do this again, so I went hard. After a while, I realized I had bitten off more than I could chew. One of my biggest challenges was finding creative compromises, and letting go of what I thought the project ‘should’ be. There were times when I was too rigid in doing things one way; it meant having to back off and find different solutions, ones that I maybe wasn’t ready to accept.

On another note, this was my first time doing a personal project, my precious baby, in a collaborative context and with a team of people. I’m not used to managing a team, so when I was put in this position, it brought up a lot of personal shit for me. Trusting other people to do a good job, letting go, giving directions, giving feedback, the honesty in feedback, etc. And this thing about not holding my breath when speaking about my true feelings, and not hiding things from people.” 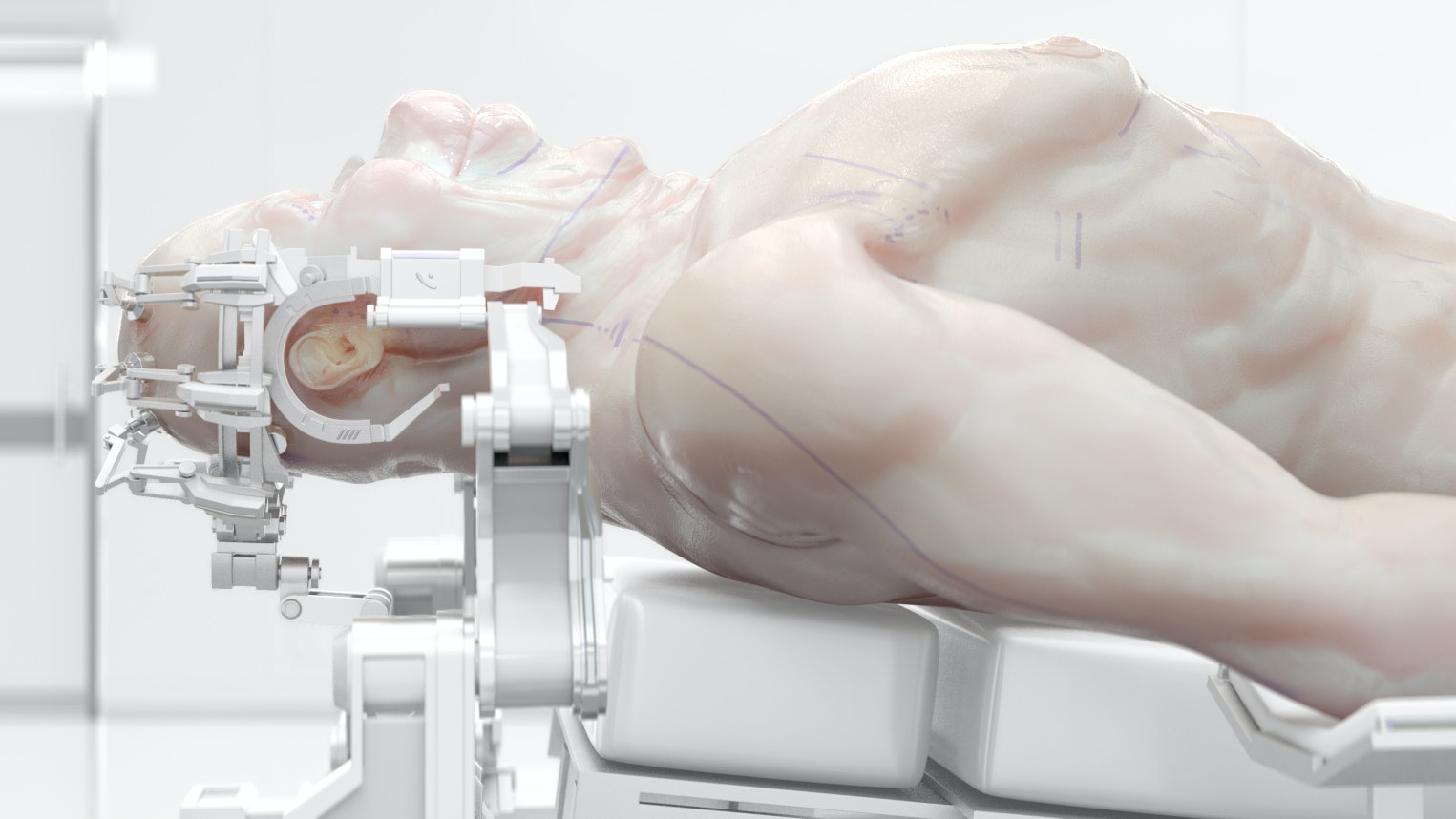 On advice for aspiring filmmakers:

“When I was in school, I was so focused on getting the work done, thinking: “I have to finish my film!” I wanted to get a sleek industry job, and I wanted to make films. I had a lot of insecurity about my style and my skill level. I think this resulted in me just holding on really tight. Holding on to the thing I wanted to create, or to the image of the person I wanted to be. But in actuality, this just walled me off from the world. I was too stuck on achieving a given outcome. It wasn’t a very nice way to do creative work, or to exist, for that matter.

This advice is the advice I would give myself, which I still have a hard time following: Art is about being in touch with yourself. If you’re making art from a place that’s anxious, or having to prove something, you’re going to get burnt out. It’s not sustainable. There are other ways of making art that are more light, more collaborative, and more creative, where you’re more sensitive to yourself and other people. Making art from that place might seem scary and uncomfortable, because the outcome is less defined. But it’s also healthier and more rewarding.”

“I’m currently in the process of developing a VR project. I did mushrooms and ayahuasca in my mid-20s; I think VR is an amazing medium to explore the sense impressions of the psychedelic experience. Also, my brother-in-law and I are working on an illustrated mindfulness book for children. It’s a tool to help kids cope with anxiety. We’re using images of clouds as a metaphor for passing thoughts.”

While working on a farm in 2013, Meghan would come home, fill a mug with ice cream, and watch Vimeo videos until she fell asleep. She now gets paid to do that. Peep her Ladies With Lenses channel for A+ gals in film www.vimeo.com/channels/ladieswithlenses

Up next in Staff Picks

Watching shorts online is our bread and butter. Here are our favorite films from this year’s first completely virtual festival lineup.

From Zendesk and director Sindha Agha comes the heartwarming story of a teenage karate instructor and his class of hard-hitting senior citizens.

When your relationship, your work, and your friends aren’t enough, maybe the unbridled passion of underground wrestling is.