IPTV is the future of television.

In a world where convenience is king  —  and the internet is queen  —  it’s not enough to settle for whatever’s currently on the air. Today’s consumer wants to enjoy their favorite programs whenever the mood strikes.

That’s the main promise of IPTV. Much like OTT streaming, IPTV uses Internet technology to deliver content on-demand. And as a growing number of people welcome IPTV into their watch habits, the trend shows no signs of slowing.

But how does IPTV work? What’s the difference between IPTV and OTT? Is a set-top box really necessary?

Read on to find out.

IPTV stands for Internet Protocol television and involves the viewers receiving video content through the internet.

IPTV stands for internet protocol television. From a viewer’s perspective, it means watching TV through your internet connection instead of fiber-optic cable or radio waves as you would with traditional television.

It also means you can watch your favorite TV shows from computers, laptops, and mobile devices instead of having to camp out in front of the tube.

For those who also want to watch internet protocol television on their actual TVs (which is likely most of us), you’ll either need to:

In terms of set-up, an at-home IPTV system without a smart TV typically includes:

Just because the end-user experience is fairly straightforward doesn’t mean the technology behind IPTV isn’t complex.

From the broadcaster’s perspective, IPTV requires an advanced storage system for videos as well as an intuitive and user-friendly interface where viewers can choose which programs they want to watch.

Once someone selects a program, an IPTV broadcaster must:

How does IPTV work?

With traditional television, rooftop antennas convert incoming radio waves into electrical signals that your TV decodes into picture and sound.

Satellites work similarly, bouncing these signals into space and back, while cable TV sends signals straight to your television without radio waves.

Whether you have cable or satellite TV, broadcasters send signals in real-time, which is why you can only watch what’s currently on the air. Unless you have a recording device, you have no control over the programs on offer. It’s a tune-in and “take it or leave it” affair.

Internet protocol television works differently. With IPTV, the process of transmitting programs is a lot like anything else you’d do online, from sending an email to loading a web page or downloading a file.

When someone downloads a file, its contents don’t wind up on their computer all at once. As it downloads, the file splits into tons of tiny pieces known as packets. Each of these packets contains unique information and is flexible enough to travel via different routes when needed.

Known as packet switching, this is how all information travels via the internet. By breaking a piece of information into smaller pieces — and sending it piece-by-piece to the end-user — the internet provides a hyper-efficient way to deliver things from origin to destination.

If you can turn information into packets, you can also send it anywhere via the internet — whether you’re sending an email, downloading an album, making telephone calls, or watching TV.

The differences between traditional TV and IPTV don’t end there. The two-way interactivity inherent to IPTV service means end-users have more control and personalization options, often including the option to interact.

IPTV also allows for more flexibility. Instead of limiting viewers to a specific programming schedule, IPTV enables people to watch whatever they want whenever they want. Simply “tell” your content provider what you want to watch, and they’ll send it via packets immediately.

The network architecture powering these exchanges can get a bit complicated. To keep things simple, here’s a step-by-step overview of how IPTV works:

Live programs work like traditional TV — they’re streamed as they’re produced. But pre-recorded programs and movies need storage that supports on-demand streaming. For some content providers, limiting the number of currently available programs is necessary to preserve the bandwidth of their service and limit its impact on the internet.

Whether pre-recorded or live, all programs must be converted into a digital format that can travel over the internet via packet switching. Videos must be compressed to minimize buffering during streaming. If applicable, advertisements should be inserted. In all cases, the information gets encrypted to prevent unauthorized access.

Watching IPTV programming is a lot like browsing a website. In both cases, you’re initiating a temporary link between two computers so that one — in this case, yours — can receive information from the other. When your computer (the client) receives data from an IPTV content provider, it typically comes from a powerful server that simultaneously sends information to other clients, a process known as unicasting.

Servers carry a heavy load fielding client requests. When client requests exceed the capacity of a server (i.e. tons of people try to watch the same show at once), delays, buffering, and a poor user experience usually follows. An IPTV solution uses a different kind of downloading for streaming called IP multicasting to avoid these situations. Each packet leaves the server once while traveling to many different client destinations at the same time.

The main difference between IPTV and OTT is the network. With OTT, content delivery usually happens on the public internet. With IPTV, many providers use managed networks they can control to ensure service quality. This usually involves a hierarchical network where the main office feeds into regional video hub offices. These video hub offices then service local distribution offices that link to set-top boxes in people’s homes.

Now we know how IPTV works, let’s take a look at the three types of IPTV.

The most common IPTV format (which you’re probably most familiar with) is video on demand (VOD). As its name suggests, VOD refers to content that viewers, subscribers, or customers can watch at their convenience.

Services like Netflix and Hulu are prime examples of IPTV and VOD at work. In exchange for a monthly subscription fee, Netflix and Hulu customers gain access to hundreds (possibly thousands) of movies and TV programs.

Whenever there’s a title someone wants to watch, all they need to do is open the app on their phone, TV, or computer, select the program they want to watch, and wait a few seconds for the magic of packet switching to take effect.

Whether you call it IP simulcasting or live IPTV, it’s also possible to watch live television programming through IPTV. Commonly used for news programming and live PPV sporting events, the experience is similar to watching live broadcasts on traditional TV.

Time-shifted IPTV is like video on demand (VOD) with a catch: Instead of being available indefinitely, time-shifted IPTV programs usually have a not-so-distant expiration date. That’s because the most common use case for this type of IPTV is allowing viewers to catch up on recently aired programming — like the news.

The Rise of IPTV

Like most massive shifts in the way things happen, the rise of IPTV is the direct result of several different but closely related factors.

TV advertising spend is on the decline, while mobile ad spend is on the up. For years, “cord cutters” have threatened cable companies’ longstanding sense of security, forcing them to adapt as consumer expectations change.

According to an analysis from Grandview Research, the global IPTV market was worth nearly $40 billion in 2019, with an expected compound annual growth rate (CAGR) of 7.1 percent between 2020 and 2027.

Why is IPTV so popular? The analysis offers a few reasons which don’t necessarily require data to prove. First, online content consumption is at an all-time high. Second, as service providers bundle packages and reduce prices, their subscriber bases will likely grow.

Third — and perhaps most importantly — telecom companies have a rising trend to improve their offerings to meet consumer demands. As Grandview Research notes, telecom operators increasingly offer integrated services with internet packages to their customers.

This is best evidenced by the growth of hybrid IPTV. Spurred by online video sites like Vimeo and YouTube, cable companies have finally gotten around to providing subscribers with a way to watch internet-based content on their TVs.

In addition, more specialized telecom providers need ways to add services without necessarily increasing costs or complexity to their operations. IPTV allows these providers to deliver new services without the burden of investing heavily in additional network infrastructures.

Moreover, these factors suggest a few things: For one, watching your favorite TV shows has never been easier. Two, people really like easy — and as long as IPTV streaming services remain convenient and affordable for the end-user, the market will continue to grow.

Starting an IPTV service isn’t something you can tackle on your own. From encoding to encrypting to storage, there’s a ton of moving pieces — many of them technical — that you’ll need to figure out and pressure-test before anyone even sees your content.

With Vimeo OTT, you can transform your video content into a scalable, full-fledged subscription streaming service that’s as user-friendly and accessible as Netflix. We’ll take care of the tech so you can focus on what you do best: creating valuable content.

Get started with your IPTV service today.

What's the real cost of building an OTT channel? 💸

Here’s what you need to know before you launch. 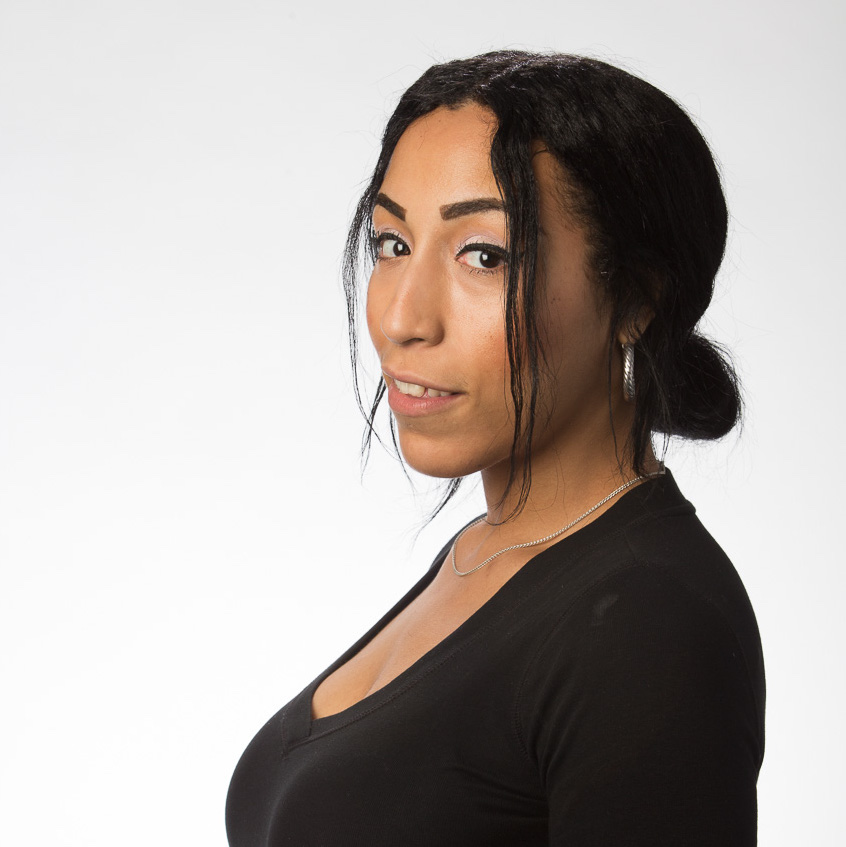 Dania McDermott is a freelance content marketer who writes for B2B SaaS companies.

Up next in Video for Business

How to build a customer marketing strategy

A great customer marketing strategy makes customers feel supported, valued, and empowered. Learn how to build your strategy with video.

How to plan and host a successful virtual event

So you’re going virtual. From live streaming to ticketing platforms, here’s how to make sure your next digital event goes off without a hitch.